On Wednesday, Gamba Osaka and Urawa Reds will compete for a spot in the Japanese Emperors Cup semifinal. The hosts are coming off a 1-0 win over Sagan Tosu at the same venue on Saturday. In the first half, Takashi Usami scored the game-winning goal.

Urawa Reds dominated Kashiwa Reysol 5-1 at home, with Koya Yuruki’s first-half brace putting them on their way to a comfortable win. With a 1-0 away win over Kyoto Sanga FC in August, they qualified for this stage of the tournament. In the 15th minute, Takuya Iwanami scored the game-winning goal. With a 4-1 win at home, Gamba Osaka advanced at the cost of Shonan Bellmare. 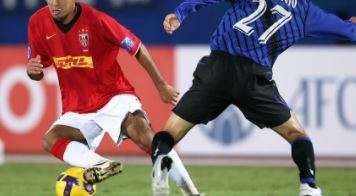 Urawa Reds have lost 22 of their past 45 games vs Gamba Osaka. The hosts have 12 wins under their belt, while 11 previous meetings have ended in a draw.

Their most recent meeting was in a league match earlier this month when both teams were held to a 1-1 draw thanks to two injury-time penalties from Patric and Atanu Esaka.

Urawa Reds are favorites and have been the more consistent side throughout the season, despite playing away from home.

Both teams are attacking-minded and have a good chance of scoring. Urawa Reds, on the other hand, are expected to advance to the semifinals with a narrow victory. Gamba Osaka 1-2 Urawa Reds is my prediction.